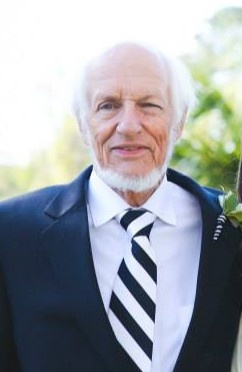 “Good show!” said the man who was no myth, but forever a legend, to those who knew him. Ed made it four score on this earth, and boy did he pack a lot of living, laughs and adventure into those years. Everybody knew Ed Bacon. Everybody. A casual conversation at a BBQ shack in Texas could (and once did) lead back to Ashburn, Georgia and “a man named Ed Bacon”. Ed had connections all over the country, from Michigan to Florida, as well as internationally, trading equipment and lumber with contacts in Peru and Argentina over the years.

Ed was born the youngest son of the late Robert James Bacon and Carrie Elizabeth Bacon in Albany, Georgia, on October 16, 1941. Five years later, Ed’s father passed away and he, along with his siblings, and mother, moved to Turner County, Georgia. Ed’s childhood had a profound effect on him, and he never forgot seeing those around him struggle during hard times. Those experiences shaped Ed into a man of compassion and generosity. He would loan those in need his last dollar and refuse repayment from those that owed him. Ed was a kind and compassionate soul who was dearly loved by those who knew him.

After graduating from high school, Ed sought adventure in the United States Army. During his service to his country, Ed was stationed in Korea. His time in Korea influenced him greatly. After receiving an Honorable Discharge from the United States Army, Ed enrolled in, and graduated from, Valdosta State College. He would fondly say that he never used his college degree for anything other than conversation. Nonetheless, he was one of the most intellectual people around - a true mechanical mastermind.

Ed held many occupations during his lifetime. He farmed, sold irrigation equipment, built and operated a sawmill, owned a scrapyard, and drove semitrucks. Ed’s biggest interest was the sawmill industry. He sawed lumber for the Henry Ford Museum in Dearborn, Michigan and Church Street Station in Orlando, Florida. He was not particularly fond of thieves, liars, hypocrites, white bread, big crowds, material things or generally sitting still (in no particular order).  He was truly one of a kind.

Ed was a devoted husband to his late wife, Dianne, and a loving father to his daughter, Helen. He will be dearly missed by his family and friends who are forever grateful for the time they shared with him.

The family will greet friends Friday, July 22, 2022, in the fellowship hall of the First Baptist Church of Ashburn, Georgia, from 1:00 P.M. until 2:00 P.M., with a funeral service and internment to immediately follow.

To order memorial trees or send flowers to the family in memory of Edwin Joseph Bacon, please visit our flower store.

Visitation will be held in the fellowship hall.