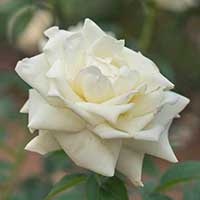 Funeral Services for Lila Jean Folsom Dunlap, 90, of Ashburn,GA. will be held Monday, February 8, 2016, 2:00 P.M. at Terrell Baptist Church in Sumner, GA. Interment will follow at Rose Hill Cemetery in Ashburn,GA. Mrs. Dunlap passed away after an extended illness on February 5, 2016.

Mrs. Dunlap was born in Colquitt County and was the daughter of the late Benjamin Franklin Folsom and Susie Canady Folsom. She was a former school teacher. She was a faithful member of Terrell Baptist Church. She was preceded in death by her loving husband of 67 years, James E. "J.E." Dunlap in 2013 and two daughters, Sandy Dunlap Joseph in 1983 and Judy Carole Dunlap in 2011.

The family will receive friends Monday afternoon from 12:30 until 1:30 at Terrell Baptist Church.

To order memorial trees or send flowers to the family in memory of Lila Jean Folsom Dunlap, please visit our flower store.