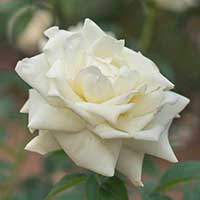 Funeral services for Edward Cameron, 67, Sycamore, Ga. will be held Wednesday, March 21, 2012 at 2:00 P.M. at the Sycamore Baptist Church with burial to follow in Rose Hill Cemetery in Ashburn. Mr. Cameron died Sunday at his residence following a lengthy illness.

Mr. Cameron was born in Quitman, Georgia the son of the late Loran Lee and Geneva Harden Cameron. He had resided in Turner & Irwin County all of his life. He was a retired insurance adjuster for Nationwide Insurance Co. He was a member of the Sycamore Baptist Church and had served as a Councilman and Mayor of Sycamore for a combined 18 years. He was the widower of Cheryl Anne Rogers Cameron who died in 2009.

He is survived by his daughter, Kim (Paul) Mathis, Tifton, GA , and two grandsons, Blake Ogletree and Brett (Stephanie) Ogletree, all of Sycamore, GA.

The family will receive friends from 6:00-8:00 P.M. Tuesday at Perry Funeral Chapel.

To order memorial trees or send flowers to the family in memory of Edward L. Cameron, please visit our flower store.